Legacy of the Land

For generations the Patrick family has had a strong bond with nature. In the late 1800s, the family put down roots in Rib Lake, Wisconsin. This rural environment offered many opportunities to work on the land through farming and forestry. In 1934, at just 15 years of age, Curtis Patrick began what was to become one of the most celebrated fur farms in the world. He purchased six mink and raised them in his mother’s backyard. His dedication was such that he passed up the opportunity to play major league baseball with the Chicago White Sox. This would have meant a move to the city and Curtis chose to stay in the pristine setting of Wisconsin and expand his mink farm.

Curtis married soon thereafter and he and his wife, Ronnie, had six children. They moved the Wisconsin mink farm in 1945 to its current location. As a small operation in these early days, the mink feed was mixed in the family kitchen and the entire family worked together to raise the animals.

As the mink business continued to grow, the farm was further expanded and an industrial feeding kitchen established. In 1963, the Patricks had well over 700 breeding females. At this time, one of the sons, decided that he, too, would like to dedicate his life to raising mink and asked to become a partner in the family business. Mike Patrick joined his parents in ownership and this was the beginning of Patrick Fur Farm as it is known today.

To further his knowledge of the fur industry, Mike went to the Hudson’s Bay fur auctions in New York. He quickly realized that Patrick mink were nothing special. The decision was made to focus on quality and production in order to compete on a global scale. The family pooled their resources and purchased top end breeding stock from a farm in northern Minnesota. This investment quickly paid off as Patrick mink began winning trophies and awards at mink shows across the country in the late 1960s and early 70s.

In 1971 Mike married the daughter of a dairy farmer. Bev had a keen understanding of animal husbandry and took it upon herself to develop a comprehensive genetic recording system. Together they made the decision to focus exclusively on one color phase of mink, black. This new focus, Bev’s system and Mike’s keen eye for live grading propelled Patrick Fur Farm black mink into one of the most sought after mink collections in the industry.

Mike and Bev had three children, two boys and one girl, all of whom grew up on the farm and learned about the fur industry from a very early age. From doing everyday chores to assisting in the raising of the mink to visiting major auctions to understand the international markets, they inherited a strong work ethic and appreciation for the environment and love of nature.

It was second son Kyle who chose to follow in his father’s footsteps. After finishing college, Kyle returned to the family mink farm to work in partnership with his parents. Kyle fueled ambitions to expand the herd and add technological advances to the farm. Utilizing technology has allowed them to raise over a hundred thousand pelts on a humane and eco-friendly mink farm. The partners efforts have resulted in fine black mink furs that makes the Patrick Fur Farm a world leader among designers seeking to create trend-setting and show-stopping black mink fur coats.

The next generation of Patricks is waiting in the wings. Kyle’s three sons are experiencing life on the farm as well. In 2012, Kyle and his wife, Lisa, began development of a new farm as they look to invest further in the future of the fur industry and their own legacy. 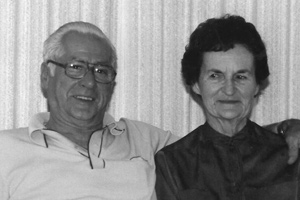 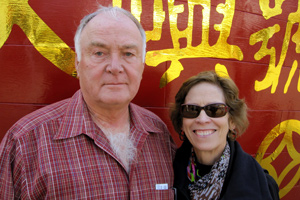 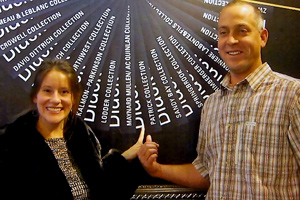